North Carolina’s geography is laid out in such a way that the extreme cold temperatures of the Midwest don’t have much of an impact on its climate. Most of North Carolina has a humid subtropical climate. The Appalachian mountains have a subtropical highland climate while mountain ranges throughout the state shelter the state from extreme weather coming in from the west.

Midsummer temperatures are in the 90s and winter temperatures generally don’t go much below 50 degrees. The climate is impacted heavily from the Atlantic Ocean and the Gulf Stream, allowing for this warm winter weather on the coast. Temperatures will rarely drop below freezing in this area.

The state does suffer from severe weather patterns in both winter and summer with heavy rains, tropical storms, and hurricanes that cause flooding.

The growing zones in North Carolina range from 5b-8b. The eastern part of the state, in the midst of the Great Smoky Mountains, is mostly Zone 6, with Zone 5b at higher elevations. The central part of the state is Zone 7, and the coastal regions are Zone 8.

However, there’s a very small patch of Zone 5b in the Great Smoky Mountains on the western edge of North Carolina. It’s the only Zone 5 area in the state and is only categorized this way because of some of the very high elevations.

Zone 5b has a minimum average temperature of -10 to -15 degrees Fahrenheit. It’s possible to dip well below 0 degrees in the winter here, with first frost dates occurring as early as October 15 and last frost dates happening in late April.

While this is considered a medium growing season, there are a lot of vegetables that can reach their maturation before the first frost.

It’s important in this zone to keep up with temperature changes, because they can shift quickly. You can lengthen your growing season by using raised beds to keep the soil warmer. You can also put hoop tunnels over your plants or plant them inside cold frames. 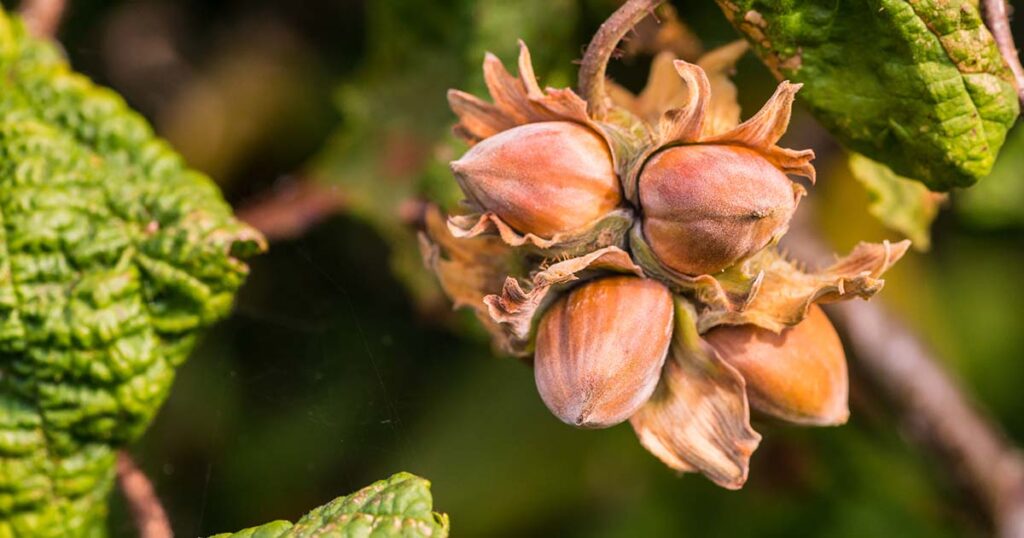 You can plant plenty of things in Zone 5b, so if you live in this very small region of North Carolina, there are still options for your garden. There are almost too many to list. Vegetables like corn, beans, cucumbers, beets, and tomatoes will thrive here, as will most other vegetables. You can plant nut trees like chestnuts, walnuts, hickory nuts, and hazelnuts.

Autumn blaze maple and pin oak make excellent shade trees while ornamentals like Japanese lilac and redbud are great choices. Evergreen shrubs like boxwood, juniper, and golden mops will be green year round.

Most of the western part of North Carolina is in Zone 6. This zone sees an average minimum temperature of 0 to -10 degrees Fahrenheit. This medium growing season sees a first frost date at the end of October and a last frost date at the beginning of April.

Plants in this zone need to be cold hardy, because the chances are good that the winter ground will freeze. However, summers are still plenty warm for many plants to thrive. 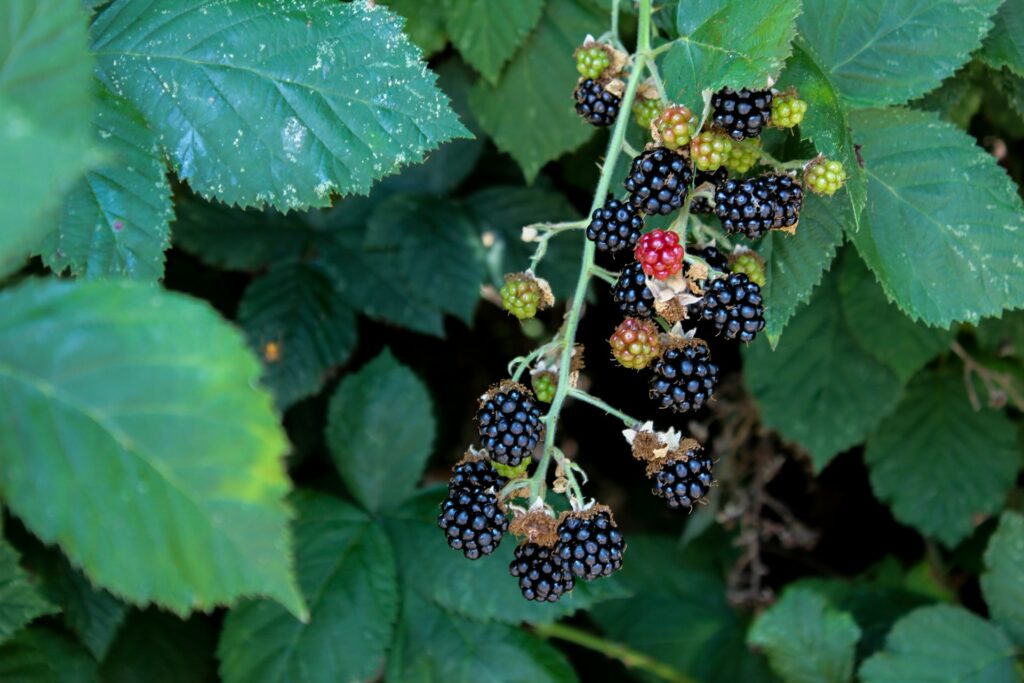 Vegetables that do well here are those that are easy to transplant, like eggplant, pepper, and tomato. However, other vegetables like cabbage, beans, cucumber, corn, and squash can be sown. Cold hardy fruit trees like some varieties of apples, pears, peaches, blackberries, blueberries, cherries, and plums will do well here. Nut trees like chestnut, pine nut, pecan, and walnut can also be grown in this zone.

The central part of North Carolina is Zone 7, with minimum average temperatures of between 0 and 10 degrees Fahrenheit. The first frost date for this zone is generally around mid-October, but it’s sometimes later. The last frost is around mid-April, but could likely be later.

This growing zone has a longer season than Zone 6, so while the first and last frosts look the same on paper, they can vary slightly. In fact, you will have a lot of success with a long growing season in this zone if you plant varieties that can tolerate the winter weather and will thrive when it’s warm. 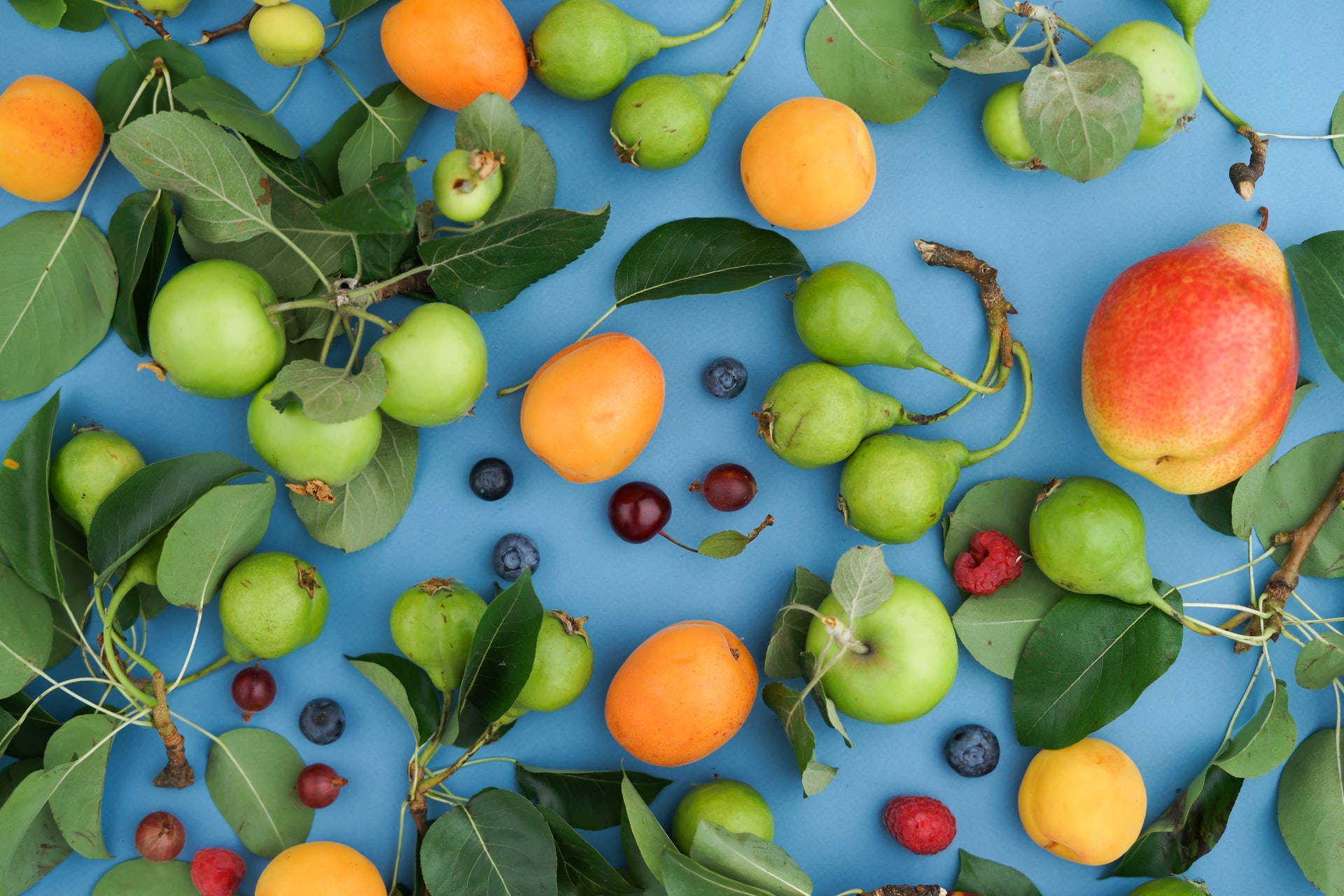 There’s an endless number of summer vegetables you can grow in Zone 7. Nearly anything you can think of will thrive and do very well in this area. Nut trees like pecan, walnut, chestnut, hickory, and hazelnut  as well as fruit trees like apple, pear, apricot, and peach will also do very well.

You can even grow citrus in this area. As long as you plant it deep enough and cover it when it freezes, you can grow oranges, lemons, and limes. Check your local nursery for more advice on planting citrus in this zone. You may also consider planting flowers like mealy cup sage, English lavender, black-eyed Susan, canna lily, butterfly weed, hollyhock, candytuft, yellow alyssum, fringed bleeding heart, and Japanese painted fern.

Zone 8 lies in the coastal regions of North Carolina and the minimum average temperature is between 10 and 20 degrees. It’s much more mild here than it is throughout the rest of the state.

This area of North Caroline generally avoids harsh winter weather because it’s protected from weather coming from the west, thanks to plentiful mountains. There may be rain coming in from the coast, but storms rarely have time to build up to severity, unless a hurricane is scheduled to make landfall.

While the first frost is around mid-October, which is the same as Zone 6 and 7, the last frost is much earlier. It is usually around mid or late March. The good news is that the temperature rarely falls below freezing in this zone during the winter, so you won’t have to worry about your plants dying, but you may have to take some extra precautions to protect them from the frost.

Use mulch around your cold weather vegetables to extend the growing season. Use row covers, hoop tunnels, or raised beds to keep your soil warmer. Just be sure to raise the lids on row covers when it’s sunny to prevent your plants from overheating, even in the winter. 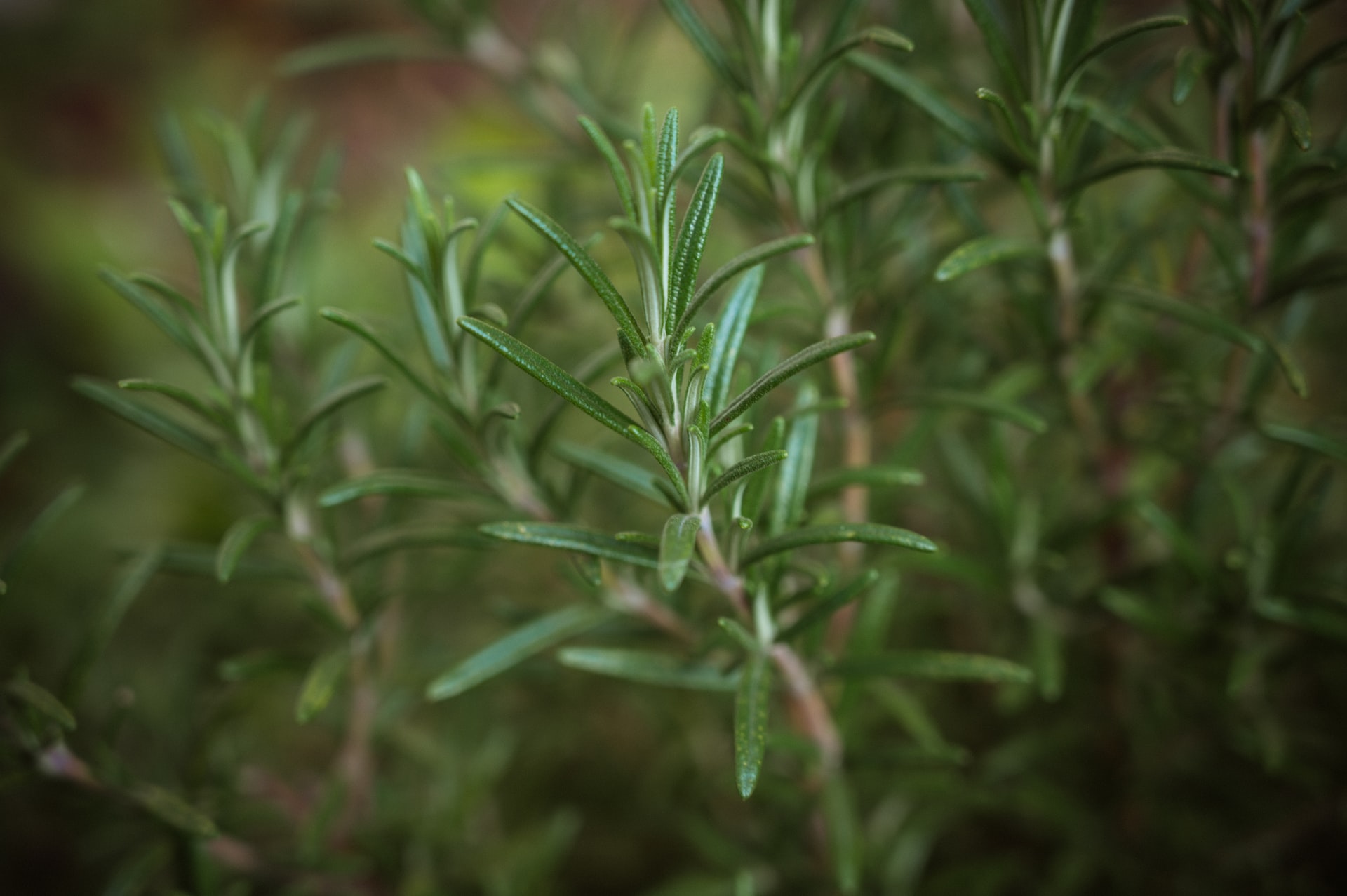 Zone 8 is a great place to grow just about any vegetable you want. Tomatoes, okra, peppers, beans, cucumbers, squash, melons, and nearly everything else will do well here. It’s also a great place for Mediterranean herbs like parsley, rosemary, and oregano.

Fruit trees like apples, pears, peaches, bananas, figs, and citrus varieties will thrive in Zone 8, and berries are ideal for every garden. If you want to fill your garden with perennials that you can enjoy every year, try creeping thyme, phlox paniculata, lemon queen sunflower, yarrow, dahlia, ox eye daisy, Henry’s lily, and echinacea.

Some people prefer to stick to native plants when gardening and growing food. It replenishes the natural flora and fauna, and the plants thrive because it’s where they’re meant to be. Here are some great options for North Carolina native plants. 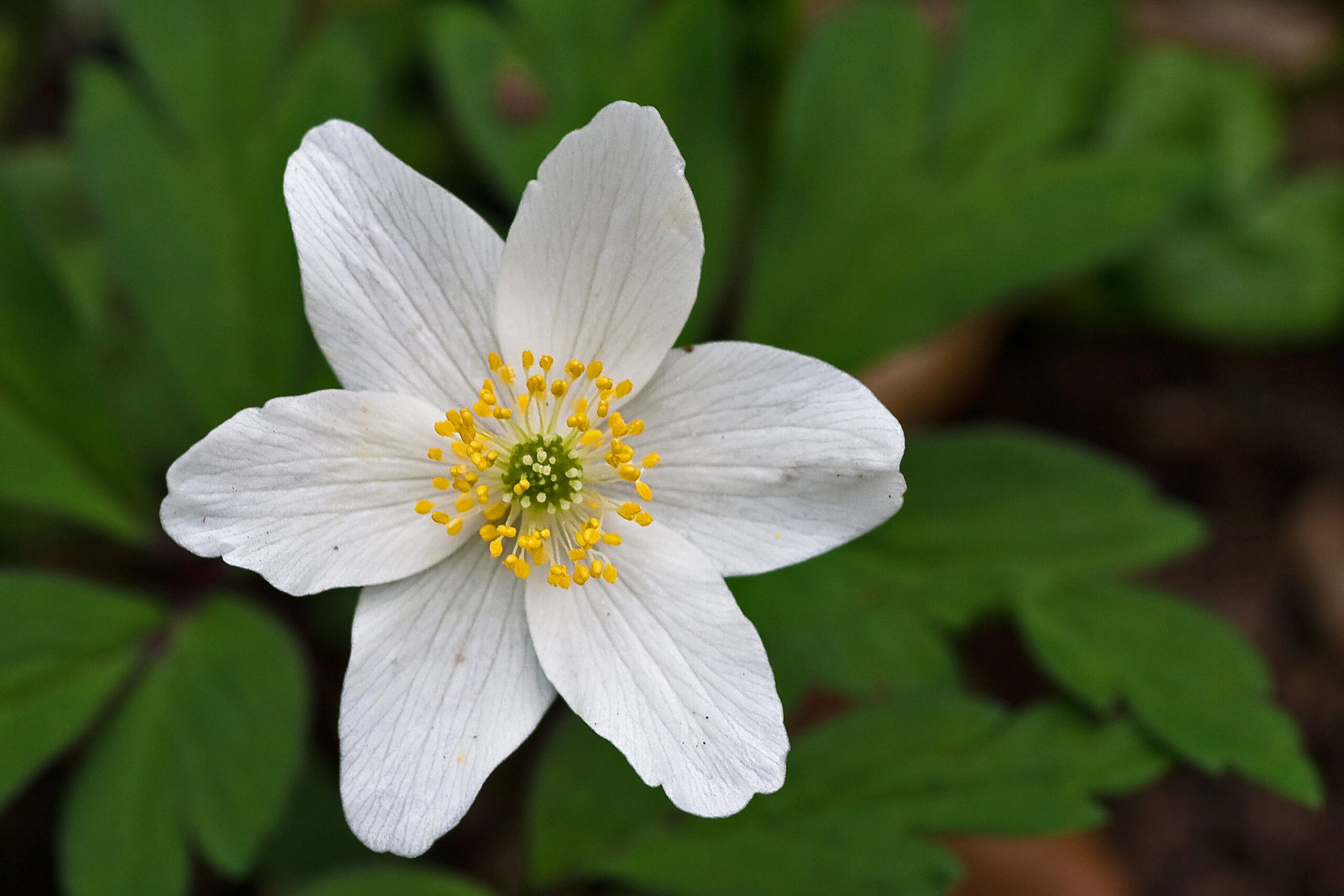 This plant thrives naturally in rich woods, which is why it’s so common in North Carolina. You can plant it in well-drained soil and it will be very easy to grow. Sometimes it’s called thimbleweed, and it’s a large white flower that looks delicate and beautiful. It will only grow to be about a foot tall and looks great as a garden border. Because these can thrive in zones 3-9, it’s a great option for anywhere in the state. 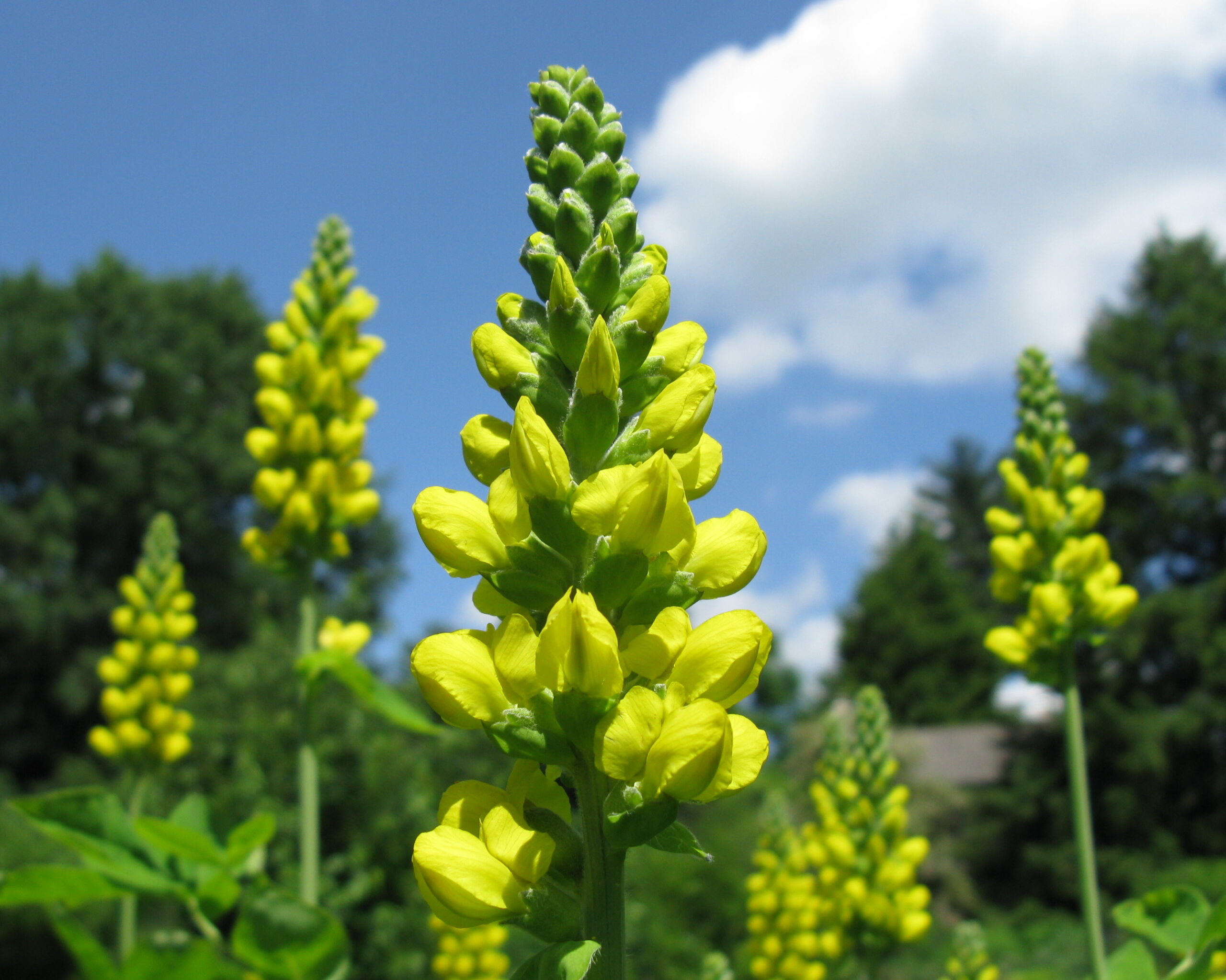 This variety is native to the mountains and loves full sun with well-drained soil. It has showy yellow spires that can tower up to 4 feet tall. The flowers on each spire look like sweetpea. They’re bright and fun. They will do well in zones 3-10, so you can plant them all over the state. 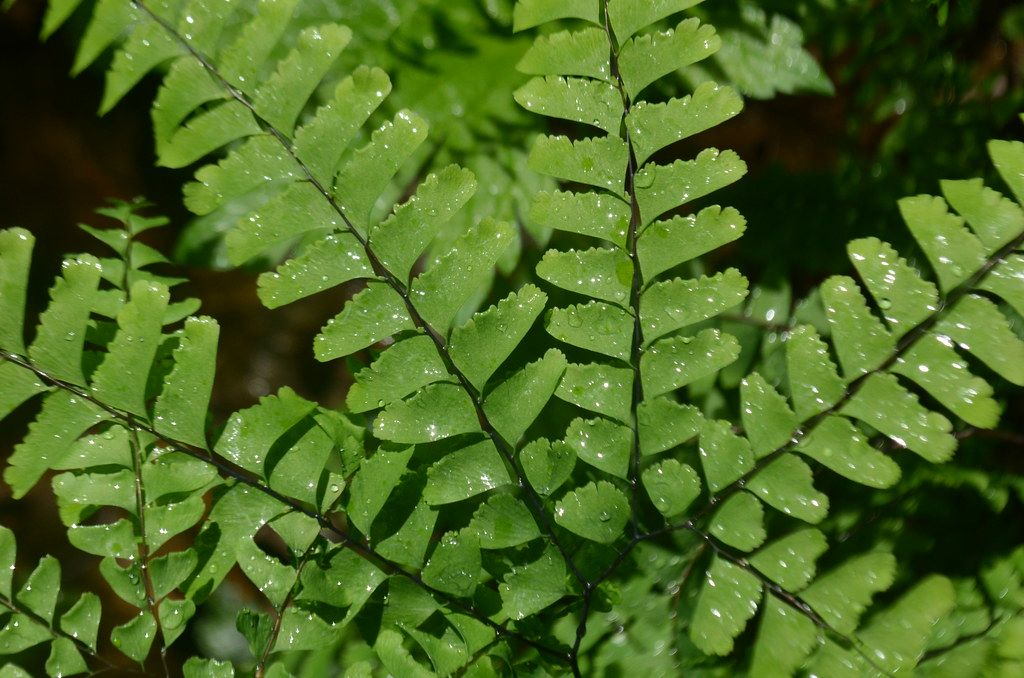 This fern may look delicate, but it’s very hardy. It grows well in zones 3-8 and is native to North Carolina. Plant this in a shady area with moist soil and enjoy multi-dimensional texture in your garden. It will eventually reach about 2 feet tall, but it’s a slow grower, so you’ll have to give it some time to reach full maturity.

This iris is underused and underappreciated. It’s not hard to grow in full sun with well-drained soil, but for some reason, few people choose it. It has gorgeous blue-violet blooms and the signature strappy foliage of an iris.

It will reach up to 6 inches tall and proliferate rapidly. Soon, you’ll have more irises than you know what to do with. Spread them throughout your garden or gift them to friends. It will grow well throughout the state and is suitable for zones 3-9. 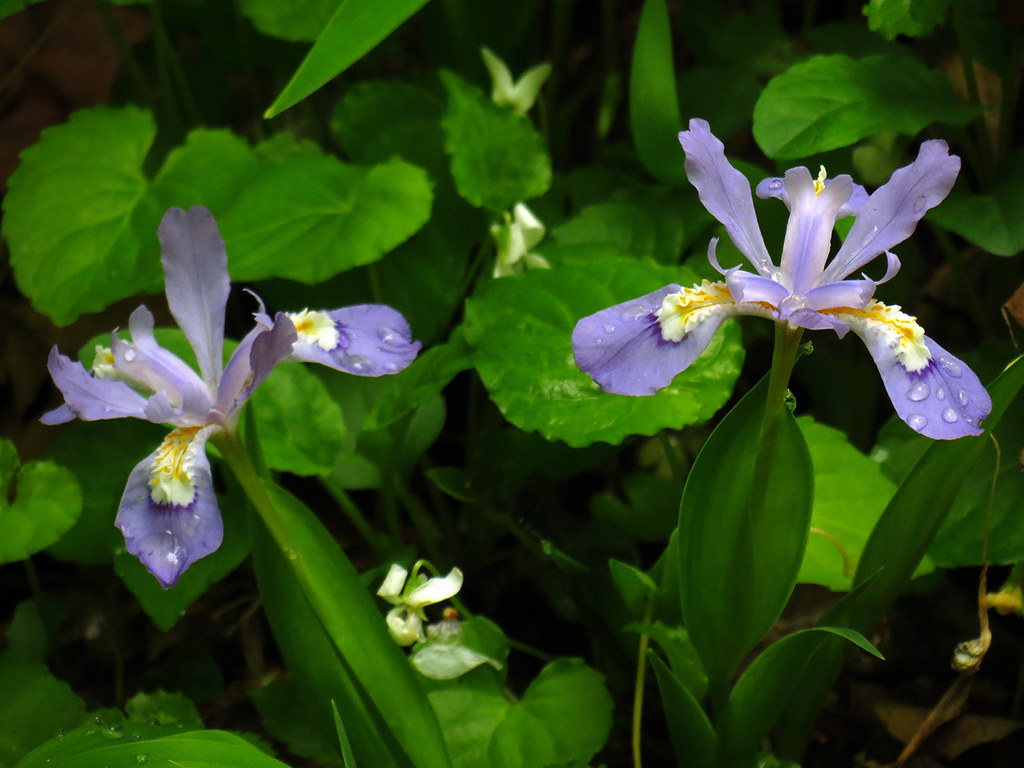 This flower blooms in the spring and will often display new growth with periwinkle flowers. After the flowers fade, you’ll be left with a beautiful, delicate shrub throughout the summer months. In the fall, this one is a real show stopper. It turns bright yellow. It can grow up to 3 feet tall and loves full sun and well-drained soil. It works well in zones 4-9. 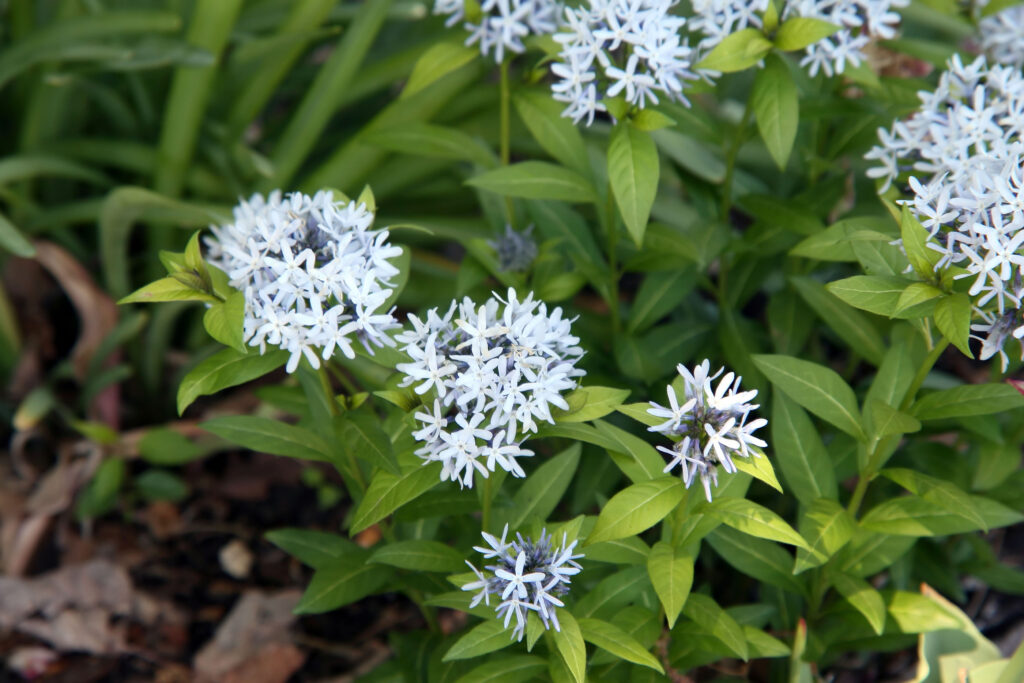 This flower is the only host plant for the monarch butterfly, which is a great reason to grow it. If that isn’t enough, it smells wonderful. It has a nectar source for all other types of butterflies as well, so it will add a lot of interest to your garden.

Don’t let its name fool you. It’s a gorgeous flower that will thrive in full sun and moist soil. It comes in a large range of colors and can grow up to 4 feet tall. It’s well-suited for zones 3-9, so you can grow it all over the state. 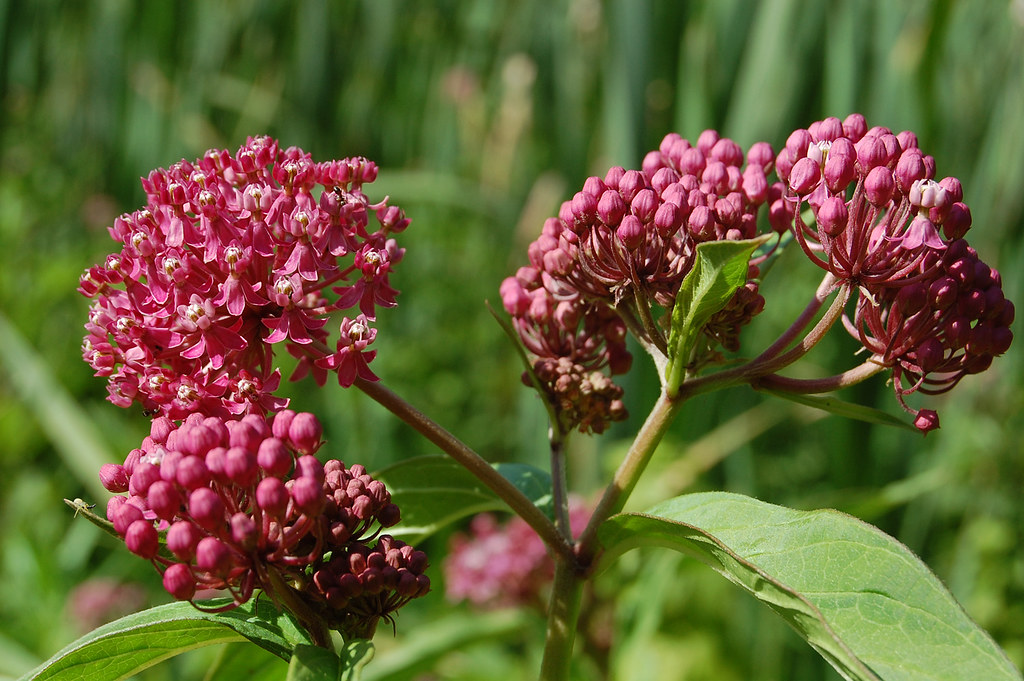 Question: What is North Carolina’s Wildflower?

Answer: The Carolina lily was named the official wildflower of North Carolina in 2003. It’s a lovely yellow-orange lily with long stamens that grows wild all over the state. It will also do well in your garden if you want to grow this representative of your state.

Answer: Avocado trees will not survive extreme cold or freezing soil. If you live in any of North Carolina’s lower zones, an avocado tree is not a good idea. However, you can grow an avocado tree somewhat successfully in Zone 8, as long as you take the necessary precautions.
You will have to protect your avocado tree from freezing, which means you need to plant it below the frost line and cover it during winter frosts. You still run the risk that it won’t survive, but it has a better chance in this zone than any other.
You can also keep your avocado tree in a pot and bring it inside when it freezes. However, growing it in a pot will restrict its growth to about 8 feet, whereas it would be much taller if it were in the ground.

Question: What is the fastest-growing tree in North Carolina?

Answer: One of the fastest-growing trees in North America is the eastern cottonwood. It can grow up to 5 feet each year for the first 10-15 years, and then it will continue to grow at a slightly slower pace until it’s about 35 years old. If you want to see beautiful trees grow very quickly, this is a great option.

Question: What is the difference between Zone 8 and Zone 9?

Answer: The biggest difference between Zone 8 and Zone 9 is that Zone 9 is in the thermal belt. It offers better growing conditions for citrus than Zone 8, because Zone 8 contains cold-air basins. However, you can still successfully grow citrus in Zone 8, as long as you take the precautions needed to protect it from cold.

North Carolina temperatures vary from the mountains to the coast, but the entire state has relatively mild temperatures in the winter with hot, humid summers. The growing seasons are medium to long, and there’s a huge variety of plants you can try.

Because North Carolina is protected by the mountains, it rarely experiences the same extreme cold temperatures that the Midwest does, but severe storms from the coast are a possibility. Knowing your growing zone and weather conditions where you live will help you make better decisions about what to plant.