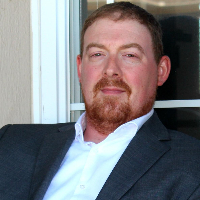 Justin Caldwell
Justin is a freelance writer, researcher, and outdoor lover. He enjoys spending time growing his favorite fruits and vegetables and loves to showcase what he has learned on JardinHQ.

Modern America is obsessed with lawns. Starting as far back as World War II, a green, healthy lawn has been a symbol of the American dream and the message that hard work could lead to anyone owning a home and a little slice of land.

As the war was winding down in 1944, President Franklin D. Roosevelt signed the G.I. Bill, or Servicemen’s Readjustment Act, which provided loans for education and homes to returning war veterans.

Between 1944 and 1952, 2.4 million low-interest home loans for veterans were government-supported, increasing homeownership nationwide. By 1960, the homeownership rate was up to 62% from just 44% in 1940, further solidifying the American ideal of a house with a little land around it.

Today, the dream lives on with homeowners working meticulously to maintain the upkeep of their yards. Depending on which region of the country you reside in, this task can be more or less a struggle. In Southern California, this has been particularly daunting in recent years as temperatures continue to rise and rainfall continues to drop.

Drought conditions have certainly impacted the approach to lawn and field care particularly. However, there are certain grasses and techniques to encourage and maintain a healthy, glamorous lawn.

According to weekly updates tracking the drought situation nationwide through U.S. Drought Monitor, Southern California consistently falls under Moderate to Severe Drought conditions, which can last weeks to months at a time.

Not only is Southern California prone to drought and dry conditions, but high temperatures and excess sun exposure are additional factors that can damage various grasses. Furthermore, the proximity of Southern California to the coast means salty air and soils high in salinity, so grasses that do well with these conditions should be considered.

Overall, when in the process of selecting grasses for Southern California, warm-season grasses are often the best choice as they can stand up to the heat, sun, and dry environment. They require 30 percent less water than their cool-season counterparts but go dormant in the winter months leaving a brown-colored lawn.

St. Augustine grass is a dark green, coarse-textured grass that thrives in warm seasons and is commonly planted in tropical and subtropical regions. It is found to be somewhat less drought-tolerant than other warm-season grasses, but can handle long periods without water once a deep root system is established.

Ideal for sun-soaked Southern California, St. Augustine grass prefers full sun and heat but does tolerate shade well nonetheless. It grows fast in the summer months and during the cold winter months prefers dormancy. Because it is salt-tolerant, it does well in Southern California along the coast or in coastal valleys. 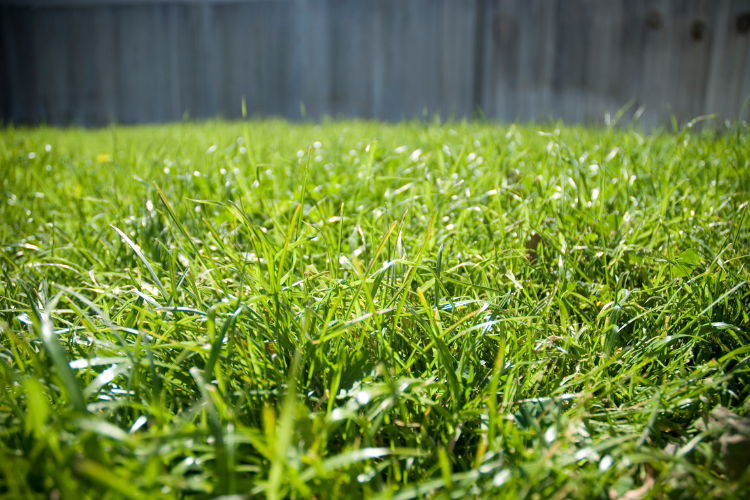 Bermuda grass is a warm-season grass that is well suited to regions of California, particularly Southern California. It thrives in full sun and hot temperatures and is one of the most drought-tolerant.

Bermudagrass has shown to be very water-efficient requiring infrequent watering. In addition, it has a high tolerance for salinity and has few pests. Another plus of bermudagrass is its durability making it an ideal choice for high foot traffic areas and busy lawns. 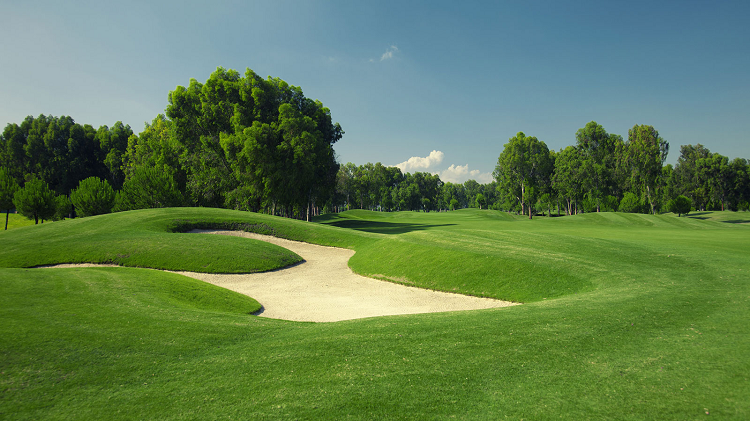 Zoysia grass, a dense grass that holds up well to heavy foot traffic, is one of the most heat-tolerant grasses and does very well in full sun and dry climates. For these reasons it is a popular choice in Southern California. It is slower to establish itself, but once it has developed adequate roots it is a low maintenance variety that provides a beautiful lawn.

Bahia grass is another great choice for Southern California lawns and fields as it can grow in harsh conditions, including drought and dry climates. It loves full sun and does best in warmer months. 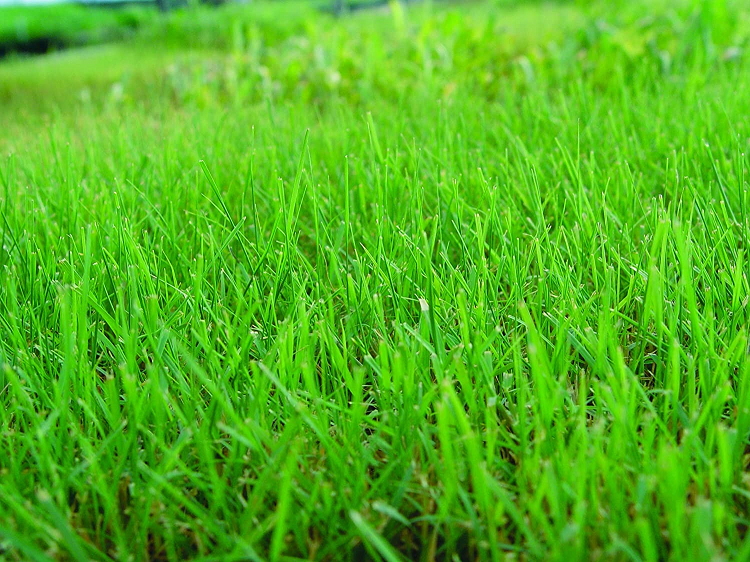 Stemming from buffalo grass, which is a warm season grass and native to North America, the California buffalograss has a deep root system that can reach 6 to 8 feet deep and once established can thrive on as little as 1/4 inch of water per week.

For mowing, California buffalograss is very low maintenance requiring mowing just once every 3 to 4 weeks. Furthermore, it is highly resistant to disease and insects which reduces the need to use insecticides on your lawn. The one drawback is that it does see full dormancy in the winter months once frost sets in. 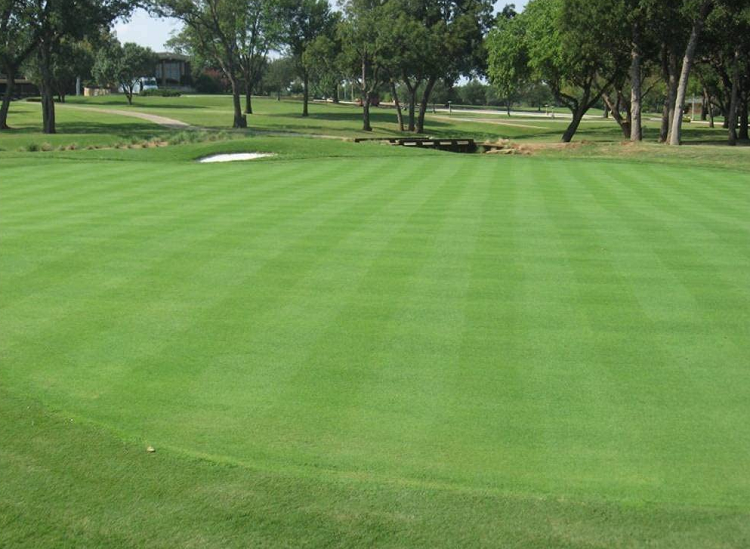 West coast bentgrass is a cool-season grass native to California that can be mowed or left to flop over. If left in its natural state it gives the look of a casual meadow and requires much less water and overall maintenance.

West coast bentgrass is one of the only turf grasses native to California and is suitable for shady or sunny areas. It has become a popular choice in Southern California because of its low maintenance and being eco-friendly.

Long considered a weed, yarrow is a mat-forming plant native to California and has gained popularity in recent years as a lawn replacement plant due to its grass-like appearance.

Yarrow thrives in full sun and doesn’t mind drought conditions. It is also pest-resistant and attracts pollinators like butterflies. Yarrow is not only a low-maintenance plant that blooms bright little flowers in the summer months, but also an aromatic herb that provides healing properties.

Cool season grass varieties are active in the cool months and dormant in the warm seasons. Unlike warm season grasses, they stay green 12 months a year, even though dormancy. This makes them a popular choice and widely planted across the country.

Tall fescue is a cool-season grass that does well in both warm and cool months and in a variety of soil types. It is more heat-tolerant than other cool-season grasses and its extensive root system can reach up to 2 to 3 feet deep further adding to its heat and drought tolerance.

Because of this, it is one of the few cool season grasses commonly planted in Southern California. One thing to keep in mind, however, is that fescue grasses prefer shady areas so do better in places with ample trees and cover vegetation.

No matter which grass is planted in Southern California, implementing proper grass management will ensure the health and beauty of a lawn. It is even possible to create drought tolerance among grasses. One of the best ways to encourage drought resistance is through the establishment of a deep root system which will aid the grass in going deeper to find water during dry spells.

One such way to promote a deep root system is by watering less frequently but more thoroughly. Watch for signs of wilt, or lawn thirst, and deeply water just 30 to 50 percent of the lawn. Also aim to water in the morning when temperatures are cooler and winds are down to avoid water evaporation.

Another key factor for a healthy root system is proper mowing. Knowing the recommended heights for specific grass species and not going too short can help prevent the grass from getting too stressed. Additionally, keeping mower blades sharpened allows for a clean, swift cut which also prevents stress among the grass.

During times of drought and heat spells, it is best to avoid fertilizing and using pesticides and herbicides on grass. Fertilizing will encourage growth which can stress the grass when there is growth without water.

Similarly, pesticides and herbicides just further stress the grass when already stressed by environmental factors. If pesticides are necessary due to an ongoing pest problem, spot treatment in the specific areas affected is recommended.

Question: Which Grasses are Best for Southern California?

Question: Are there Native California Grass Species that will Do best in Southern California?

Answer: Native grasses to California are becoming much more popular in recent years as they are more suitable to the climatic conditions. For example, West Coast Bent grass is a cool-season grass that does well in both sunny and shady areas and is popular for its low maintenance and environmental sustainability.

Yarrow is another native plant that thrives in regions of California as it is drought-resistant and does well in soils with low nutrients. The California Buffalo grass is not entirely native, but has been bred specifically for California’s dry, hot weather and requires less water than most grasses.

Question: What are the Main Differences Between Cool Season and Warm Season Grass Varieties?

Answer: Warm season grasses are in their active growth phase in the warmer starters, starting in late spring and going dormant in early to mid-fall, usually after the first frost. Warm-season varieties prefer full sun, heat, and do well in dry conditions. Cool season grasses are in active growth longer, starting in early spring when it is still cool and not going dormant until late fall.

Answer: As conditions in Southern California continue to make lawn and grass maintenance more difficult and time consuming, installing artificial turf or grass has become more popular and common. Additionally, manufacturers have improved in the production of artificial turf and grass to more closely resemble real grass in look and feel.
The main advantages of artificial grass are the lack of maintenance and longevity.

Artificial grass does require watering, mowing, or other basic care, and can last 15 to 20 years. The drawbacks include higher installation costs than real grass or seed, hotter surface on super sunny days, and more expensive repairs when necessary.

Question: What is the Best Grass to Plant for Spending a Lot of Time on Your Lawn?

Answer: For outdoor lawn enthusiasts, a plush, dense grass is ideal for bare feet, yard games, picnics and rolling around. Zoysia grass is known for being soft and thick and creating that perfect carpeted look and feel among lawns. And, for Southern California lawns, zoysia is a great choice as it stands up to heat and drought conditions.