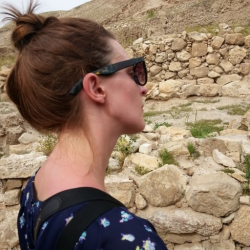 Shaleena Quinlan
Shaleena grew up working the garden with her grandmother. These are some of her favorite childhood memories. She credits the long line of midwestern farmers that passed the knowledge down to her grandmother and then her and her inherent green thumb for her talent with growing plants. Her talent for training plants has followed her to various places, including Papa New Guinea's tropics. She's learned various techniques for all types of growing zones and is excited to help you build the best garden for your home!

Sweet and succulent, watermelon is the epitome of a summer treat. Sadly, what is most likely to be presented at a picnic or barbeque this year is a tasty but common watermelon filled with juicy red flesh. Why not stand out from the crowd and present your guests with something special? With a white watermelon variety sliced and spread out at your gathering, you will give your guests an experience of flavor and fashion that is sure to please the most austere palate.

How to Identify White Watermelon 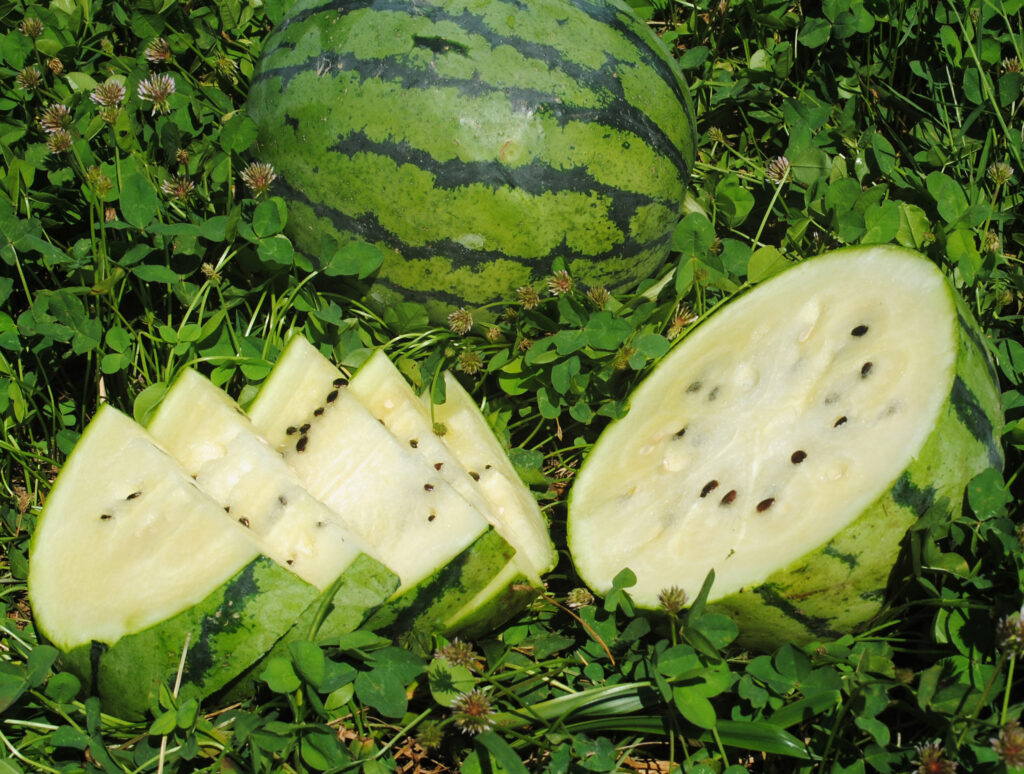 The most common varieties of white watermelon are:

This variety of watermelon ranks at an 8.9 on the Brix scale for sweetness, which is very sweet. This variety grows well in areas that have short summers but should still be planted outdoors only after the last frost of the spring.

This variety of watermelon ranks at an 8.5 on the Brix scale for sweetness, which is respectable but still not as sweet as other white watermelon varieties. This variety reaches its ripest point in 3 months from planting, which makes it another type of watermelon that grows well in areas with short summers.

This variety of watermelon ranks at 9.9 on the Brix scale for sweetness, which means it is much sweeter than other white watermelon varieties. It takes a little over three months to reach its ripest point but it is still an excellent variety to grow anywhere.

How to Grow White Watermelon from Seed 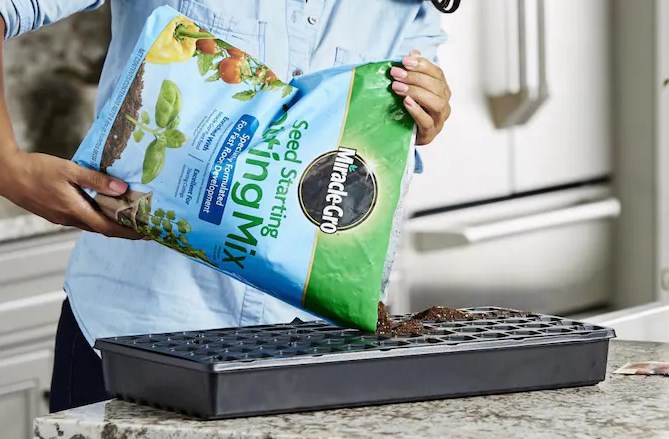 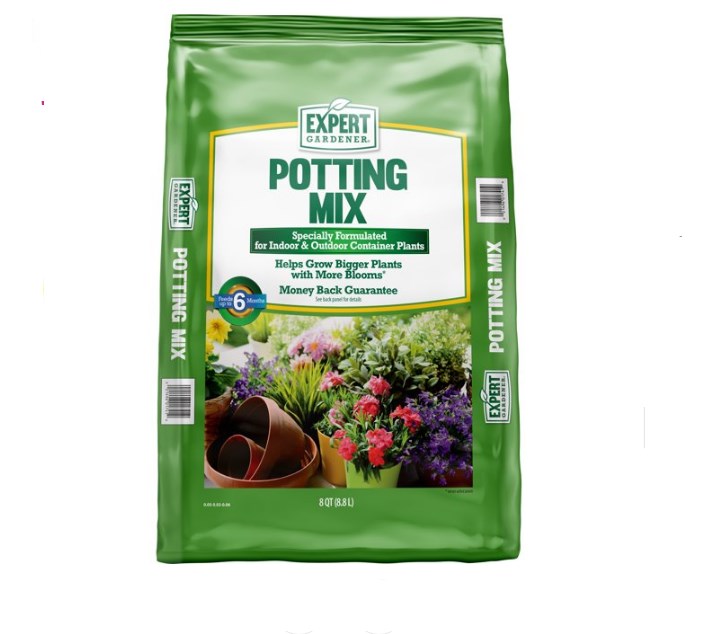 This is a method that should only be used if you live in an area that has long and warm summers; otherwise, it is best to start growing watermelon seeds indoors and then transplant them outdoors after the final spring frost.  Here are the steps for growing seeds outdoors.

Note: one of the most important aspects of planting a watermelon, is selecting the proper site.  An ideal planting site will include the following:

When to Plant White Watermelon 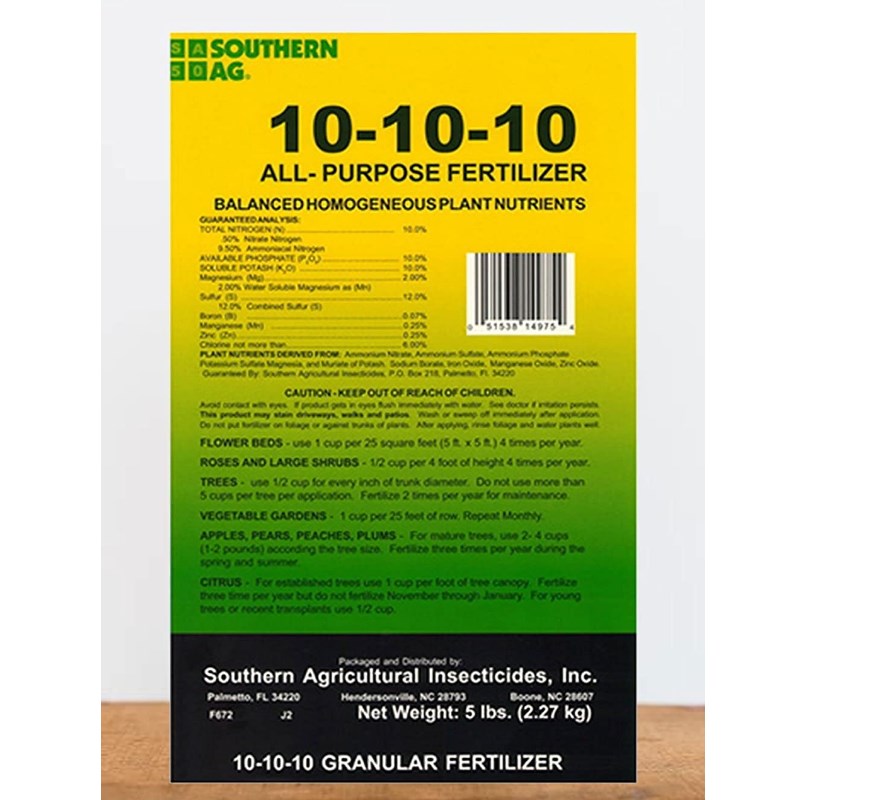 Watermelon is a heavy feeder and will need several feedings throughout its growing season. Here are some best practices for fertilizer a watermelon garden:

These plants require soil that is well-draining.  While they can benefit from organic mulch, they actually fair better with black plastic as a warming agent. 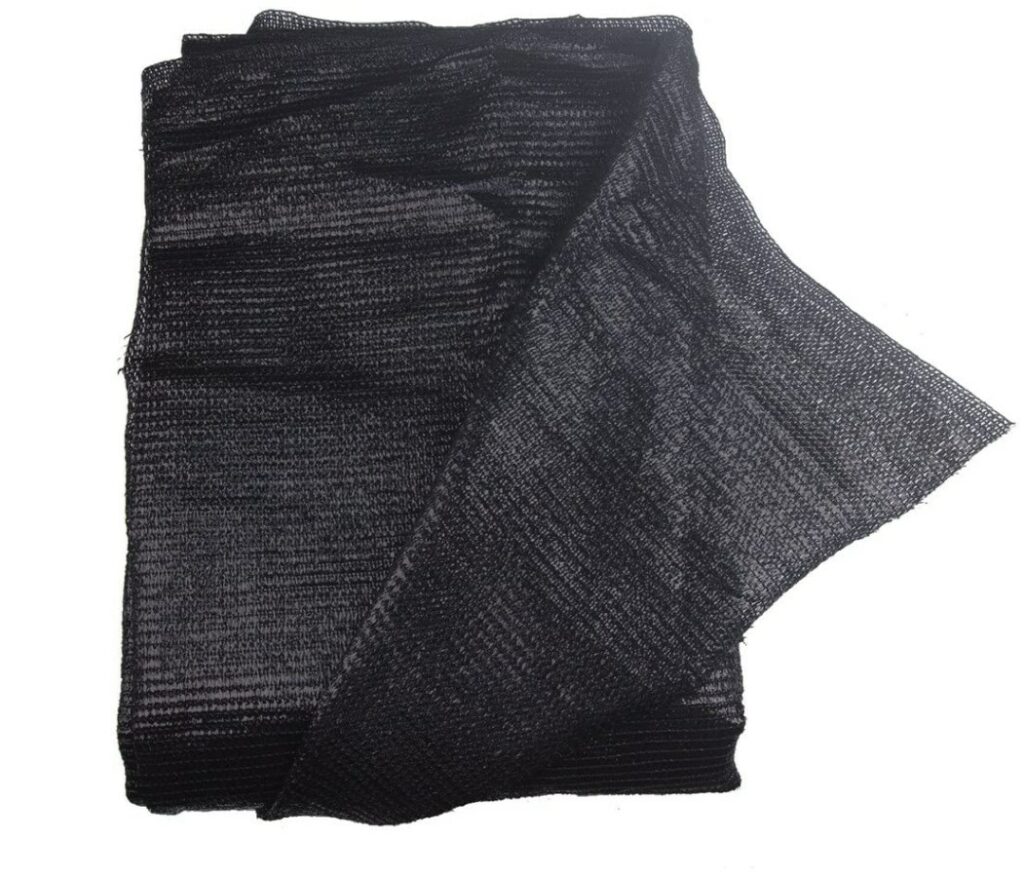 These plants need a lot of sunlight but can benefit from some shade during the hotter parts of the day.

Watermelon plants thrive from having a few friendly companion plantings next to them. Some plants offer the watermelon extra soil nutrients, other plants attract pollinators that watermelons need, while others can repel harmful pests that would feast upon the watermelon and destroy them before they can be harvested.

Here are just a few options of companion plantings for your watermelon garden: 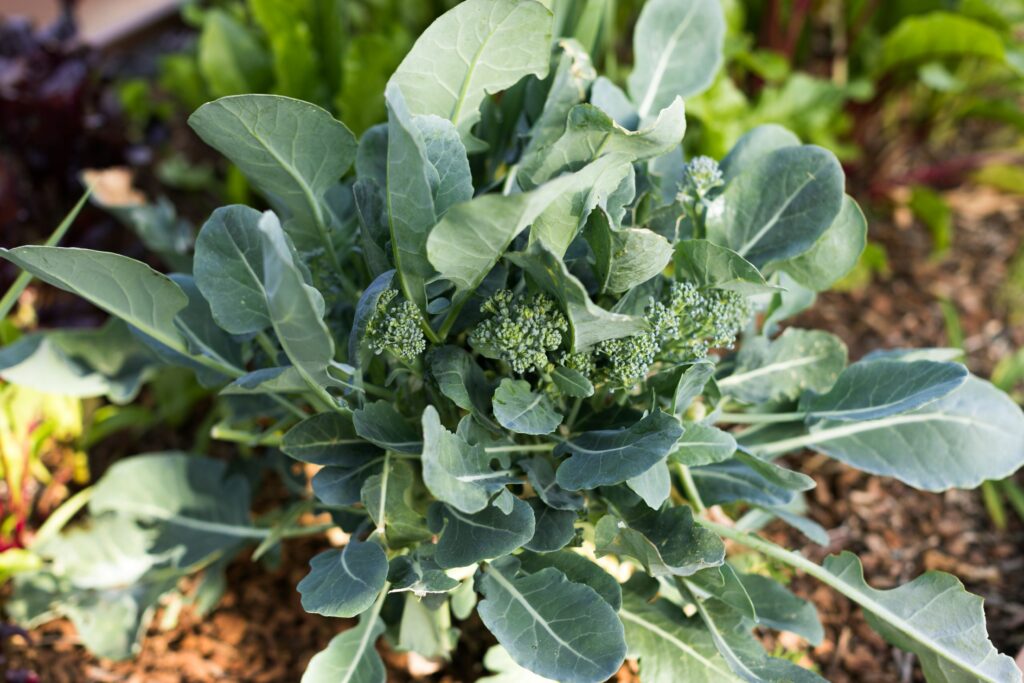 This vegetable will help keep the population of cucumber beetles under control.

This plant is a good deterrent against aphids.

This herb is a good deterrent against aphids.

This flower attracts bees which can help pollinate the watermelon plants and helps to deter cucumber beetles.

This plant can help fix soil nitrogen levels so that the watermelon plants get the nutrients they need.  As long as these plants do cast a shadow over the watermelon as they grow, they will be great companions.

Note: Use companion plantings that have not been treated with chemical insecticides or pesticides.

While there are many plants that are beneficial to set next to a watermelon garden, there are a few that should never be used as a companion planting for watermelon. These plants actually attract pests that destroy watermelon and transfer diseases to them. Some of these plants are cucumbers, peppers, tomatoes, pumpkins, and squash.

Unfortunately, watermelon is not just attractive to human palates; some insects enjoy eating them as well. These insects can cause damage to the plants and some of them transfer harmful diseases. The best way to care for watermelon is to learn what common issues are faced by watermelon, how to identify those issues, how to prevent those issues, and how to treat them quickly.

Here is a list of some of the most common issues faced by watermelon:

This type of infestation is fungal and appears as dry, brown leaves.  It usually infects plans during seasons with warm and humid temperatures.  The best way to prevent this problem is to provide the plant with plenty of space, air circulation, and avoid watering the plant’s leaves.  To deal with this problem, apply a fungicide to the plant.

This is a fungal infestation that appears as small, brown, papery spots on the plant’s leaves.  It usually infects plants during seasons of extensive rain and high humidity.  The best way to prevent this problem is to provide the plant with plenty of space, air circulation, and avoid watering the plant’s leaves.  To deal with this problem, apply a fungicide to the plant.

This infestation or more closely related to algae rather than fungi.  It appears on leaves as yellow spots and gray fuzz.  The best way to prevent this problem is to provide the plant with plenty of space, air circulation, and sunlight.  Fungicides may be used to slow down its spread, but since it isn’t a true fungal infection, fungicides do not prevent or completely eradicate it.

This is a disease that is spread via infected seeds.  It will split stems and appears on them as a gummy, reddish ooze.  It appears on leaves as spots that are brown-black and water-soaked.  The best way to deal with the problem is to apply a fungicide and inspect the plants regularly.  Do not use seeds from a plant that has been infected with gummy stem blight.

This is a disease that appears on leaves as white and powdery spots.  Some leaves turn yellow and grow in distorted shapes.  It usually infects plants during warm and dry weather.  The best way to prevent and deal with this problem is to spray the plant with a fungicide.

These are insects that are easy to identify because of their metallic-looking yellow and black stripes.  The best way to deal with this type of pest is to treat the plants with an insecticide.

Where to Purchase White Watermelon

White watermelon seeds can be purchased at any of these online shops:

Question: Besides White and Red, What Other Colors Do Watermelon Come In?

Answer: There are varieties of watermelon that have orange or yellow flesh. These include Desert King, Tendergold, Yellow Baby, and Yellow Doll.

Question: Why Are Some Watermelons Red While Others are White or Yellow?

Answer: The answer to this is lycopene. This is a nutritious pigment that can be found in many fruits, such as tomatoes, grapefruit, or guava. Lycopene isn’t exclusive to watermelon.
Varieties of watermelon have been cultivated to produce more or less lycopene. White and yellow watermelon varieties only have small traces of this pigment; whereas, red watermelon varieties contain large quantities of it.

Question: Can Watermelon Really be grown in Different Shapes?

Answer: Yes, they can. Watermelon will take on the form of the spot where they are growing so they can actually be grown into the shape of a cube, a heart, and even a pyramid. The reason why these shapes have become so popular is that the Japanese markets and homes need space to store their food.

Watermelon is notoriously large and naturally ill-shaped for small spaces but not when they are shaped like a cube.
With a little ingenuity, these fun-looking fruits are now in popular demand. Unfortunately, that means they are also very expensive, but that does not mean you have to spend a fortune to get one. You just need to grow one of your own. Here’s how:
• Purchase or build a clear container in the shape you want to grow your watermelon and make sure it is slightly smaller than the size of a mature watermelon in the variety you choose to grow.
• Sow and grow the watermelon seeds indoors just like a regular watermelon.
• Transplant the watermelon plant outdoors after the final frost of the season.
• Allow the watermelon to grow as a normal watermelon.
• Once the watermelon has grown to the size of a softball, place it into the mold (do not detach it from the vine).
• Care for the watermelon just as you would any watermelon.
• Harvest the watermelon once it has ripened. If the watermelon grows larger than expected, it may be necessary to remove the watermelon from the mold even before it is ready to harvest.
Note: Watermelon isn’t the only fruit that can be shaped into a mold while it is growing. This same method can be applied to cucumbers, tomatoes, citrus fruit, apples, pumpkins, and squash.

Question: What is the Brix Scale?

White Watermelon varieties are unique-looking and extremely flavorful. These are the perfect treat for picnics and barbeques and will certainly have your guests talking. Why not try growing a few alongside the more common red watermelon varieties and let their colors and flavors complement one another at your next gathering?