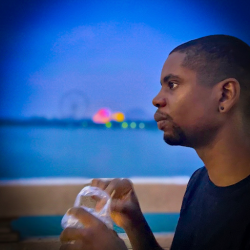 Kenique Ivery
Kenique loves gardening and has since he was a kid. He credits his grandmother with helping him learn the tools of the trade and fall in love with the hobby. Ken's favorite thing to grow is orchids!

Mexican Oregano, Lippia graveolens, is not true oregano. However, for many across the world, it tastes just as good or even better.

Furthermore, Mexican oregano is not even related to the oregano we are all used to, Origanum vulgare, a member of the mint family and native to the Mediterranean area (Spain, France, Italy, Israel, Greece, Morocco, and Turkey). Instead, the Mexican Oregano is a member of the verbena family.

You should know that two other plants have the common name, “Mexican oregano,” they are Poliomintha longiflora and Monarda fistulosa var. menthifolia. However, neither of the two are remotely related to the  Lippia graveolens, which is the plant we are discussing.

How to Identify Mexican Oregano

Mexican Oregano is a shrub or small tree. It reaches 3.3 to 8.9 ft (1 – 2.7m) in height at maturity. It has an unruly growth habit, and the spread of the plant can be just as long as its height. Expect it to live five to 10 years.

Mexican oregano has much of the same features as other plants in the verbena family. This shrubby herb produces small, fragrant fuzzy leaves with serrated edges. It also produces clusters of small, fragrant white or yellow flowers.

Where Does Mexican Oregano Grow

Mexican oregano is native to a region with tropical and subtropical climates; as such, it is not cold tolerant. The plant will not tolerate temperatures below 30ºF (-1ºC). Plant it outdoors in USDA zones 9 to 11.

In other zones, you can grow it as an annual. Or you can plant it in a container, leave the container outside during the growing season, and bring it indoors during winter. Though, Mexican oregano will not grow nearly as large as it would in zones where it is a perennial. 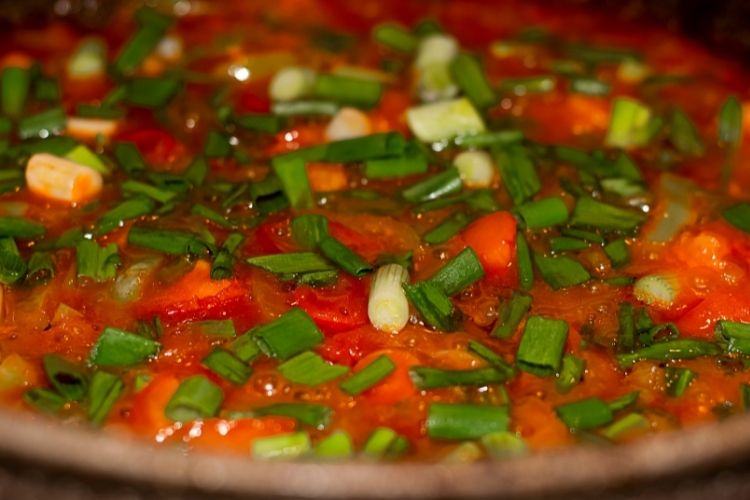 Mexican oregano has the combined smell and flavor of citrus, eucalyptus, and faint anise seed. This zesty herb is a vital ingredient in Mexican, Latin American, and American Southwestern cuisines. These vibrant flavors find their way in salsas, beans, moles, braised meats, marinates, and chili recipes.

Mexican oregano is not related to the common Greek oregano (Origanum vulgar). Mexican oregano gets this common name because the two have a similar smell, especially in dried form. This smell and taste are due to the potent chemical compound thymol, which is in both plants. Thymol is in marjoram, wild bergamot, and of course, thyme.

The significant difference between Mexican and Greek oregano is that the former is much more potent. It is a powerful additive to any dish, and the flavor is sure to stand out.

Like many plants considered as herbs, Mexican oregano has some medicinal value. Traditionally, Central Americans use the leaves to treat asthma, bronchitis, stomachaches, and stress. In addition, they use it for bloating and gastrointestinal problems. For medicinal purposes, the leaves are brewed or additive in potent concoctions that may include other herbs.

How to Grow Mexican Oregano

Where to Find Mexican Oregano Plants and Seeds

In warmer zones, you will find Mexican oregano seedlings at various times of the year in your local nurseries and garden centers.

However, if you live in an area with a colder winter, you will probably have to order Mexican oregano seeds and seedlings online. You can find them in most online seed sellers as well as on Amazon.com.

You can easily propagate Mexican oregano – you have a few options.

The first option is to grow from seed. You can start the seeds indoors by planting them ¼ deep in seed trays or in peat pots. Be sure to use a quality seed starting mix. Plant 2-5 tiny seeds in each hole. Place the pots or trays in a sunny spot and water them evenly. The seeds should germinate in two or four weeks.

Once you see the seedling with 4 or 5 true leaves and the risk of frost is gone, you can bring them to the garden. Transplant them to a sunny spot in the garden with well-draining soil.

The second way to propagate is by cuttings. Using a clean and sharp knife or clippers, cut an 8-inch stem of new growth. Take off the first one-third of the leaves from the bottom of the stem. Note, it is better to collect cutting in the morning while they are fresh also, the heat of the afternoon will stress the plants if you cut them.

Dip the end of the cutting into a powdered rooting hormone, then gently place it into a pot with a mixture of sand and peat. Sand encourages drainage, and peat helps to retain moisture.

Water the potted cutting as needed. Doing so ensures that the soil is moist but not water-logged. Keep it indoors or in a sheltered location. After one to two months, the cuttings should have at least one inch of roots. At this stage, they are ready to transplant into the garden.

Dividing plants may sound complicated, but doing so for Mexican oregano is easy. At the beginning of spring, dig up the plant (or remove it from its container) and cut it halfway through the root ball. You can then plant the separated “plants” 12 inches apart.

If you are growing Mexican oregano in containers, you should divide the plant every 2 to 3 years. If you don’t do this, it will become root-bound and stop striving. 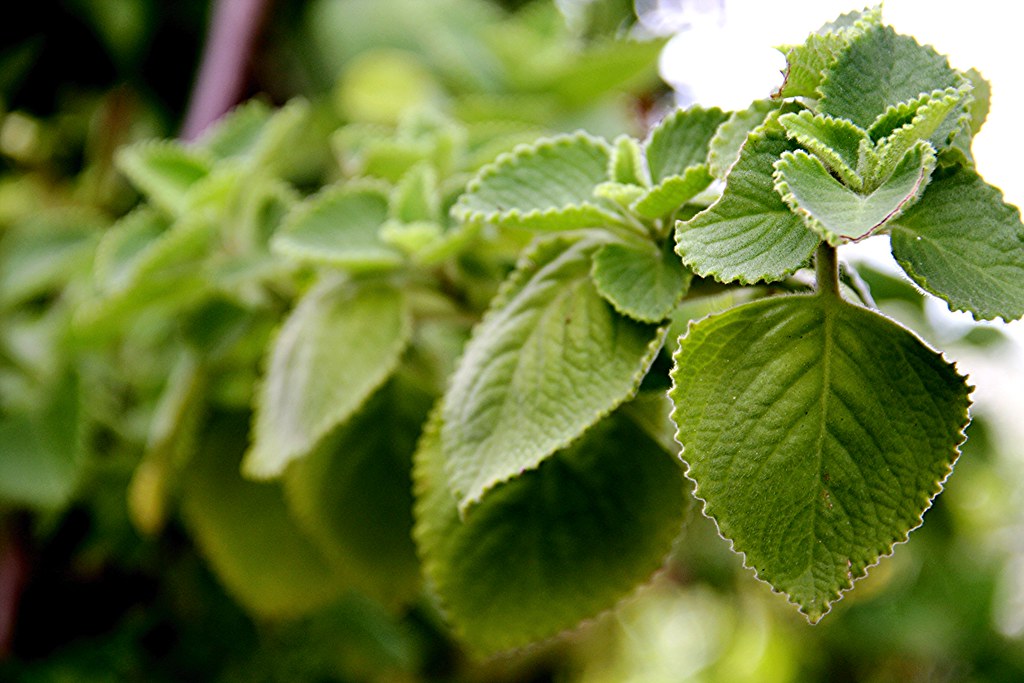 A well-draining soil is vital for Mexican oregano. Without this, it is prone to root rot. Loamy and sandy soil is best. Also, make sure that the soil is relatively neutral to slightly alkaline (pH 6.0 to 8.0).

Native to some of the hottest and driest regions of the North American continent, Mexican oregano doesn’t require much watering. Every few weeks or so, give them a deep watering. In the winter, you should water them only if the soil is arid. Mexican oregano is a drought-tolerant plant, thanks to its origins, but it will lose its leaves during a long dry spell.

Mexican oregano doesn’t need much fertilizer. It will happily grow on its own. Though, it may benefit from a bit of compost to make the soil richer. If you choose to fertilize, apply a 3-2-2 (NPK) mixture and use it per the manufacturer’s directions.

Mexican oregano loves full sun. With at least 6 hours of direct sunlight each year, it will strive and produce richly pungent leaves. For the best flavor, this amount of sun is optimal. But, in hot climates, it will grow fine in partial shade.

Due to its pungent insect-repelling essential oils, Mexican oregano usually is not the host of any significant pests. Nevertheless, look out for aphids, leaf miners, whiteflies, mealybugs, and spider mites. To get rid of them, apply insecticidal soap or neem oil to the affected areas.

Being native to a relatively dry region of North America, Mexican oregano is susceptible to root rot if conditions are too wet. After a long period of soggy weather, if you notice that the plant is looking lethargic with falling leaves, it is probably root rot. To determine if the plant is salvageable, you will need to pull it up and examine the damage.

If the entire root system looks soggy and rotten – the plant cannot be saved, toss it out. If, upon examination, you see some healthy roots, then trim away the damage. After trimming, replant your Mexican oregano in an area with much better drainage. 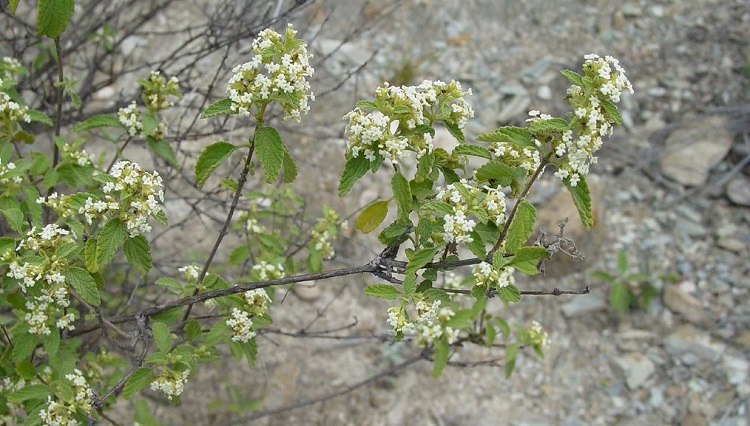 Once your Mexican oregano gets to about two feet tall, you can begin harvesting whenever you please. It is possible to take a few leaves off here and there before it reaches two feet tall. In any case, pluck the leaves as required or cut a stem and strip the leaves from it.

In warmer areas, it is possible to harvest leaves year-round. Though be careful not to over-harvest in the cooler months as growth may not be as robust.

If you live in a zone with freezes or frosts, it is best to preserve the leaves in the fall. Pull up the bush before the first frost and separate the branches. Then, hang them upside down in a cool and dark place to dry. Ensure that there’s plenty of air circulation.

Another preservation method is to place individual leaves or stems with leaves on a tray in the sun to dry. Or, place the trays in your food dehydrator.

Once they dry, store in zippered bags or airtight jars. Keep them in a cool and dry place.

Answer: Mexican oregano is easy to grow if you live in a warm climate (Zones 9 to 11). In these zones, they will grow year-round without much hassle. In colder zones, you can grow it as an annual. The only major problem is root rot. So ensure that you do not overwater and give it good drainage.

Question: When Should I Harvest Mexican Oregano?

Answer: Where Mexican oregano is a perennial (Zones 9 to 11), you can harvest year-round. If you anticipate a freeze in your zone, harvest before the first one and preserve the leaves.

Question: Is Mexican Oregano a Perennial?

Answer: Mexican oregano is, in fact, a perennial shrub. However, due to its subtropical and tropical origins, it is best grown as an annual below Zone 9.

Question: What are some Mexican Oregano Recipes?

Answer: You can add Mexican oregano to most Mexican and Southwestern dishes. This herb has a strong, as such, it is better if you experiment on your own. Through experimentation, you will figure out the best dishes for this herb and the quantity you prefer.

If you want to infuse a taste of the Southwest and Mexico into your dishes, include Mexican oregano in your garden. It is easy to grow as the only major problem comes from too much watering or rain. In zones 9 to 11, it will grow into a large evergreen shrub or small tree.

In lower zones, grow it as an annual and harvest the aromatic and flavorful leaves and stems before frost.